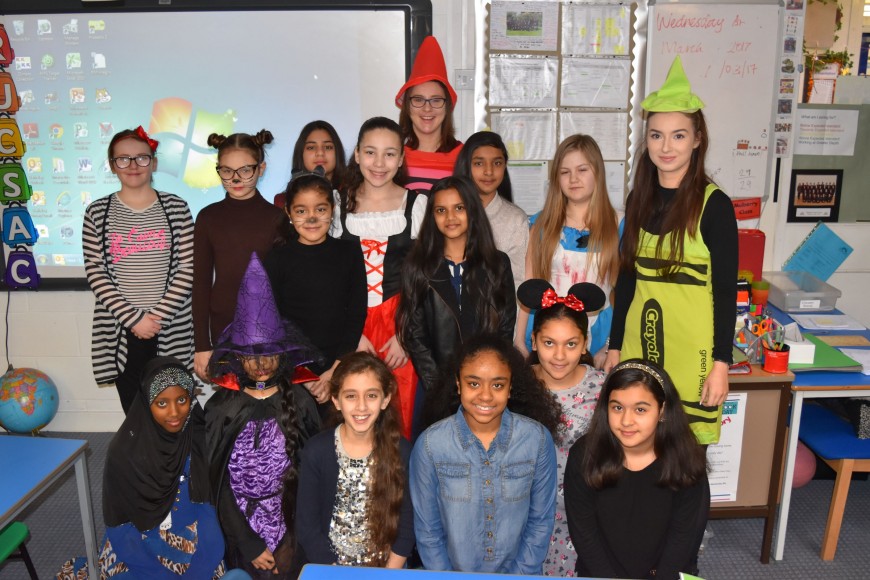 The Scholastic Book Fair was open before and after school every day for children to bring their families and buy some fantastic books! They were able to use their book voucher to get £1 off the price. Popular books included ‘Black Beauty’, Where’s Wally and Lego-themed story books.

Miss Gamlen launched a ‘Six Word Story’ competition during assembly on 1/3/17 and she had many entries. The winners were announced in assembly on 8/3/17 – their names and stories are below.

The prizes included books and goodies from the Scholastic Book Fair.

Staff and pupils dressed up as a wide range of book characters on World Book Day (2/3/17) – some children had made parts of their costumes, including Mr. Twit’s beard and The BFG’s ears, some had been out and bought costumes with their parents/carers.

Mrs. Panesar, Mr. Stumpf and Ms. Gerber visited all of the classes and were very impressed with the use of imagination when dressing for school on the day. Mrs. Panesar spotted: lots of princesses, many superheroes, Fern from Charlotte’s Web, multiple Robin Hoods, some fantastic looking Alices (from Alice’s Adventures in Wonderland) and a dinosaur amongst the characters.